Abstract- The presence of MSMEs are very developed and participated in supporting the Indonesian economy in the economic crisis.  The economic growth of developing countries such as Indonesia is largerly supported by the existenceof micro, small, and medium entreprises (Hayasi,2007). In fact, the existence of MSMEs has also been shown to sustain economic stability in Indonesia when the economic crisis hit Indonesiain 1997, MSMEs can survive and exist until now (Tambunan, 2005). Furthermore,the government of Indonesia is trying to support the development of MSMEs in size and number by improving the performanceof MSMEs since MSMEs can absorb a lot of labor that less educated or even dropout of school. Therefore, this is very important to improve the performance of MSMEs in Indonesia ( Hamzani, 2015.

Business incubators are perceived as important mechanisms for sustainable development as they involve relevant stakeholders and activities to interact each other. Relationships with relevant partner organizations such as universities, business centers, and public research organizations represent opportunities for business incubators in boosting sustainable business development (Rizal, 2017). Academics have a role as an agent of disseminating and implementing the science, art and technology, as well as agents that form a constructive values for the development of creative industries in the community. Rizal (2017) also stated that the effect of variable-market orientation and entrepreneurial orientation is significantly influence to SMEs performance. 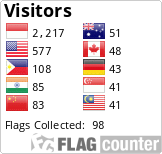